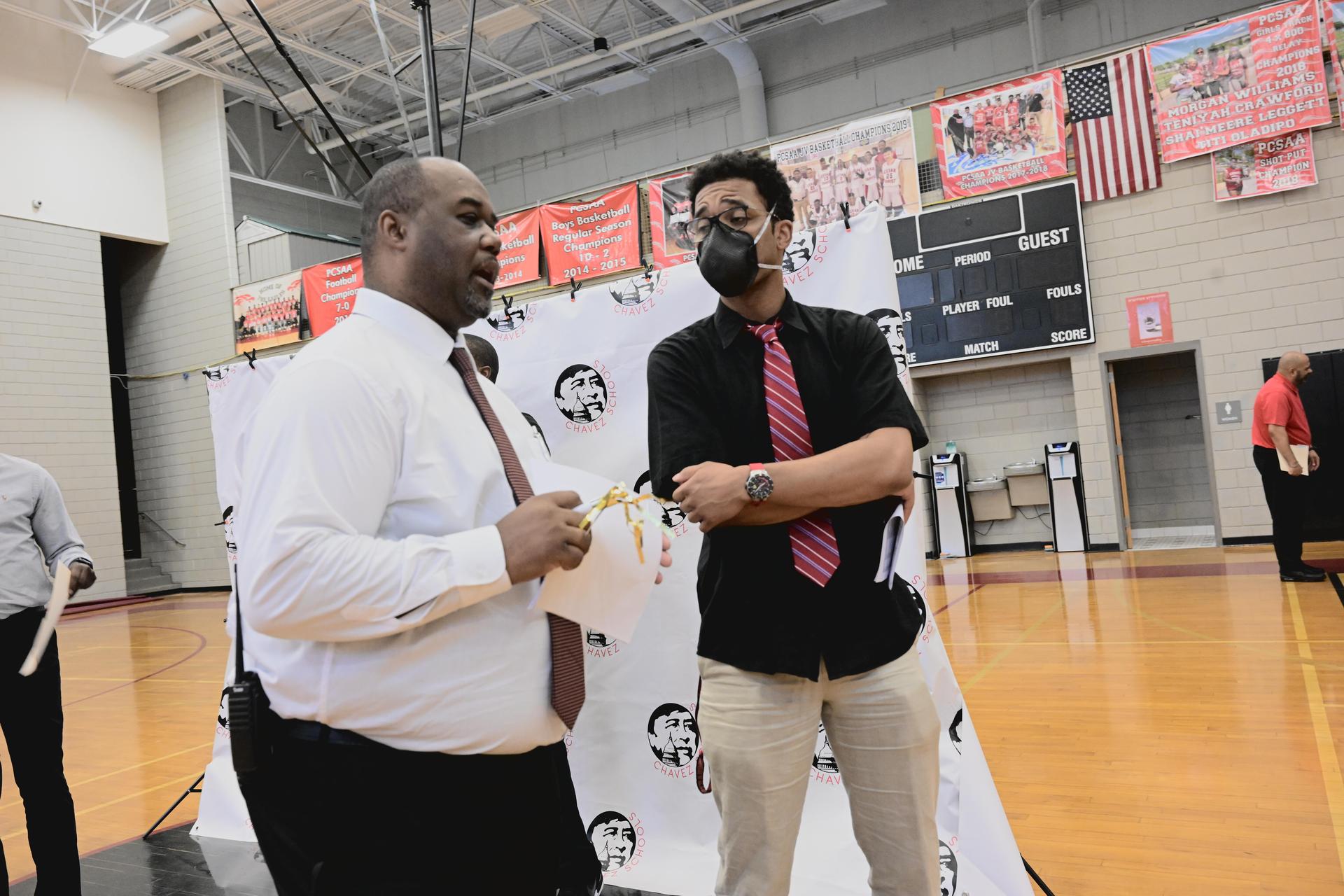 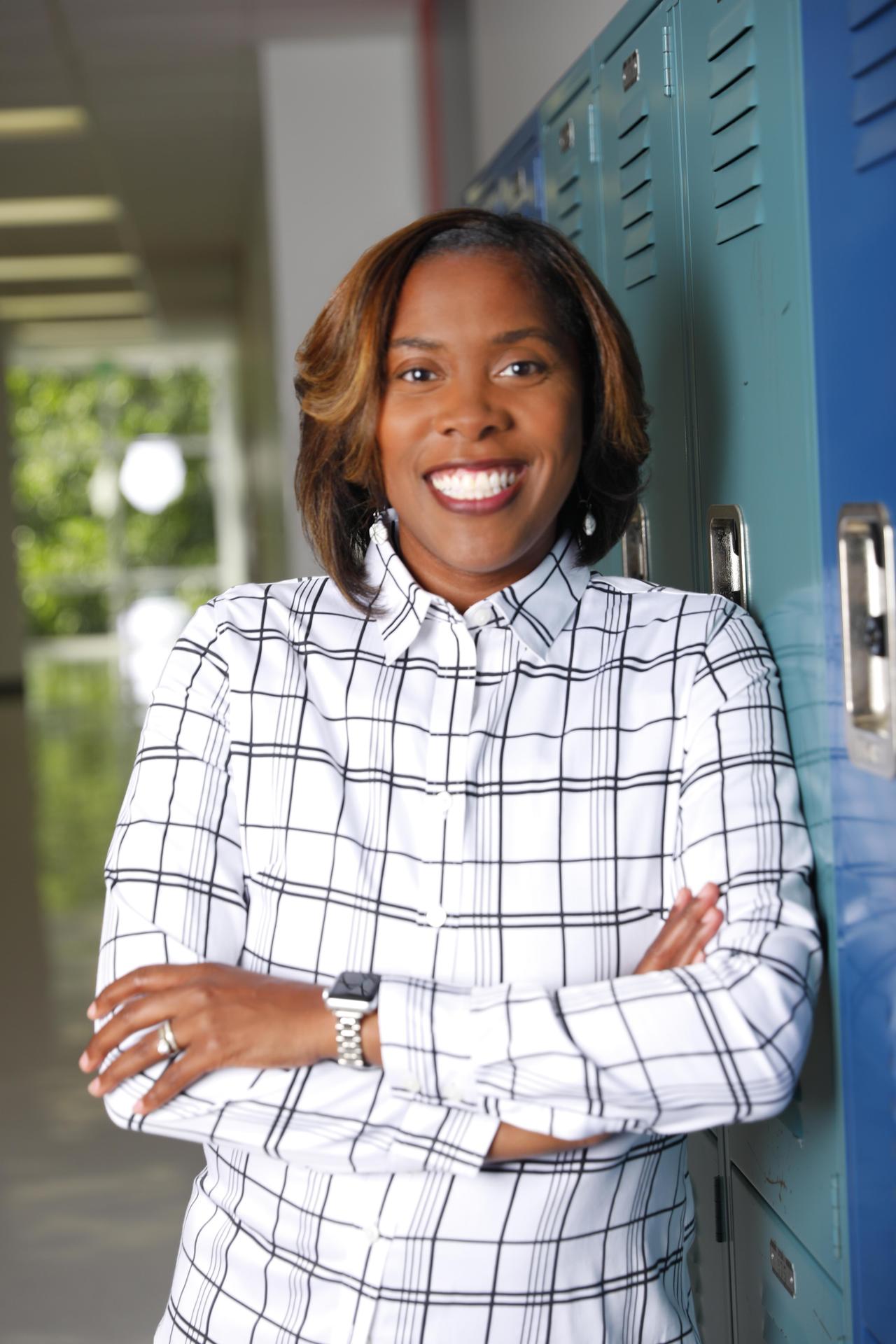 Dr. Kourtney Miller is a native of Columbia, SC and has been in the District of Columbia for the past twelve years. She attended the extraordinary South Carolina State University located in Orangeburg, SC. While at SCSU, she was involved in a number of activities which included playing on the Lady Bulldogs Tennis Team, holding various offices in the Student Government, joining the Devastating Divas of Delta Sigma Theta Sorority, Incorporated, and being crowned the sixty-fifth Miss South Carolina State University. She graduated Magna Cum Laude from SCSU in 2004 with a B.S. in Mathematics. She relocated to the DC area to attend Howard University and taught undergraduate mathematics courses after earning her Masters of Science in Mathematics in 2007. One year later, she founded her own company Fulton Tutorial Services, LLC where she worked full-time serving over 100 clients while working at schools in Prince George’s County and charter schools in the district until August 2011. She then transitioned to teaching full-time on the high school level at Cesar Chavez where she served as the senior class advisor, pageant coordinator, instructional coach and assistant principal.

She has since earned her doctorate and settled in Maryland with her loving husband and her two sons. They are members of the Silver Spring Church of Christ where they teach bible study and serve. In her spare time she loves spending time with her family and friends, playing sports and games, traveling, and teaching at all levels. She knows that God has truly blessed her with a great family, church home, good health, and career that she loves. She understands that “To whom much is given, much is required.”

In 2016, she transitioned to Chavez Prep Middle School as their principal for the 2016-2017 school year and returned as principal to the Parkside campus in 2018.  Her vision is that she will be the inspirational leader among leaders who exhibits the highest level of excellence; creates systems, conditions, and a culture that encourages scholastic achievement; and defines and monitors the work that must be done, while building the capacity of those who engage in this work. 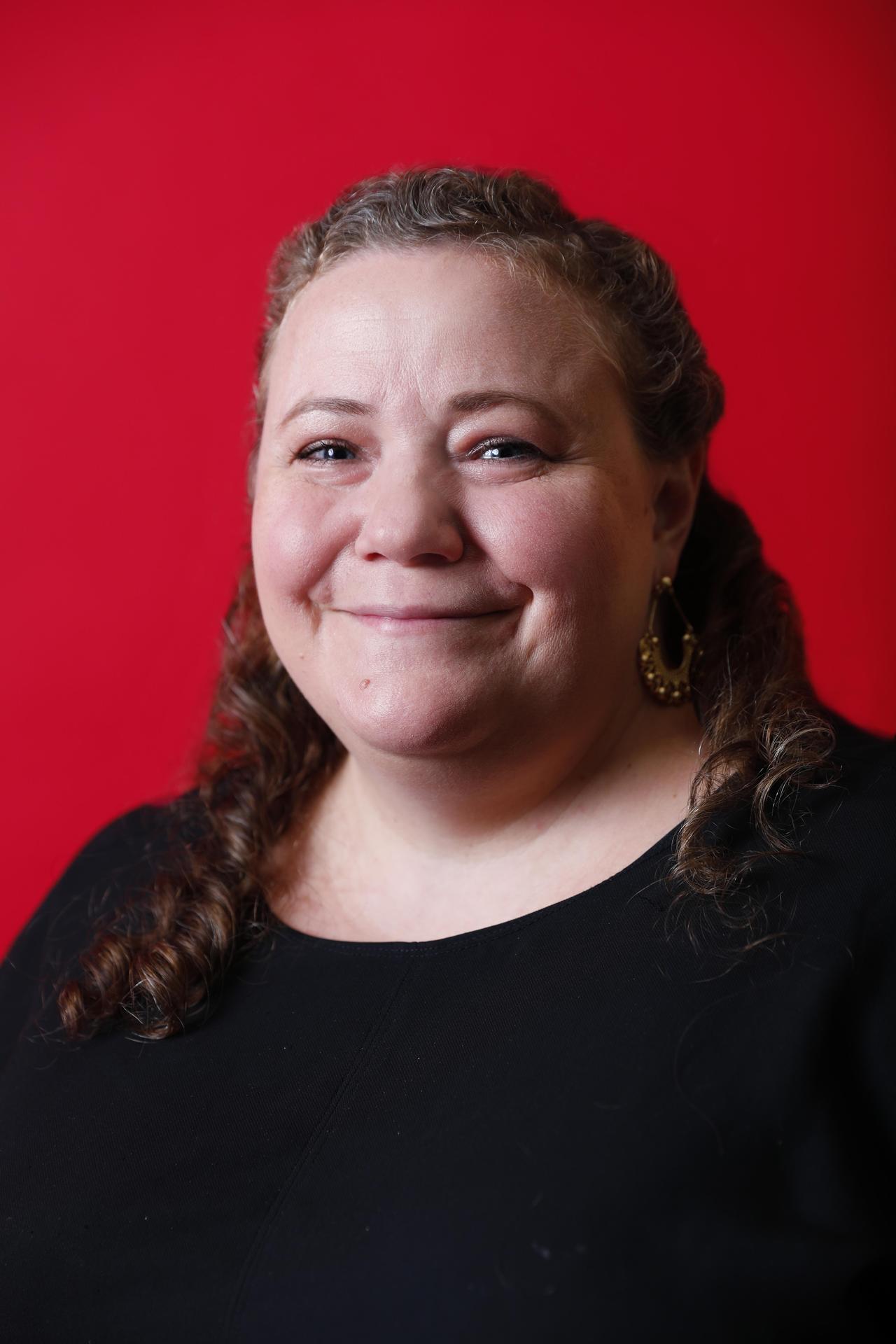 Ashley High grew up in Flint, Michigan and attended high school in Marcellus, New York. After graduating from Alma College in 2005 with a degree in Foreign Service, she joined the New York City Teach For America Corps and taught 6-8 grade ESL in the Bronx from 2005 - 2008. She transitioned out of the classroom and began working at Democracy Prep Charter School as a Special Projects Coordinator, finding operations to be a natural fit for her love of serving students and teachers, creating and improving systems, and discovering efficiencies to maximize resources. Over the next ten years she worked in other charter networks in NYC including Ascend Learning, Uncommon Schools and KIPP:NYC. She spent four years as the Director of Operations at Leadership Prep Bed Stuy Middle Academy with Uncommon Schools where she helped grow the school from 110 scholars to more than 300 over four years and oversaw a 600k physical space plan that helped establish dedicated multi-purpose spaces for MA use, enabling scheduling flexibility within the co-located school building.

In 2018, Ashley moved to the D.C. area to be closer to close friends who live in the greater DMV.  She began "Highly Organized," a home organizing business before joining the team at Congress Heights Public Charter School in January 2019 as the Director of Finance and Human Resources.  She joined the Chavez team in July 2019 as the Chief Operations Officer.  Ashley is cat mom to two wonderful cats, Mr. Darcy and Mr. Bingley, loves to travel, complete puzzles, read, and spend time with friends. 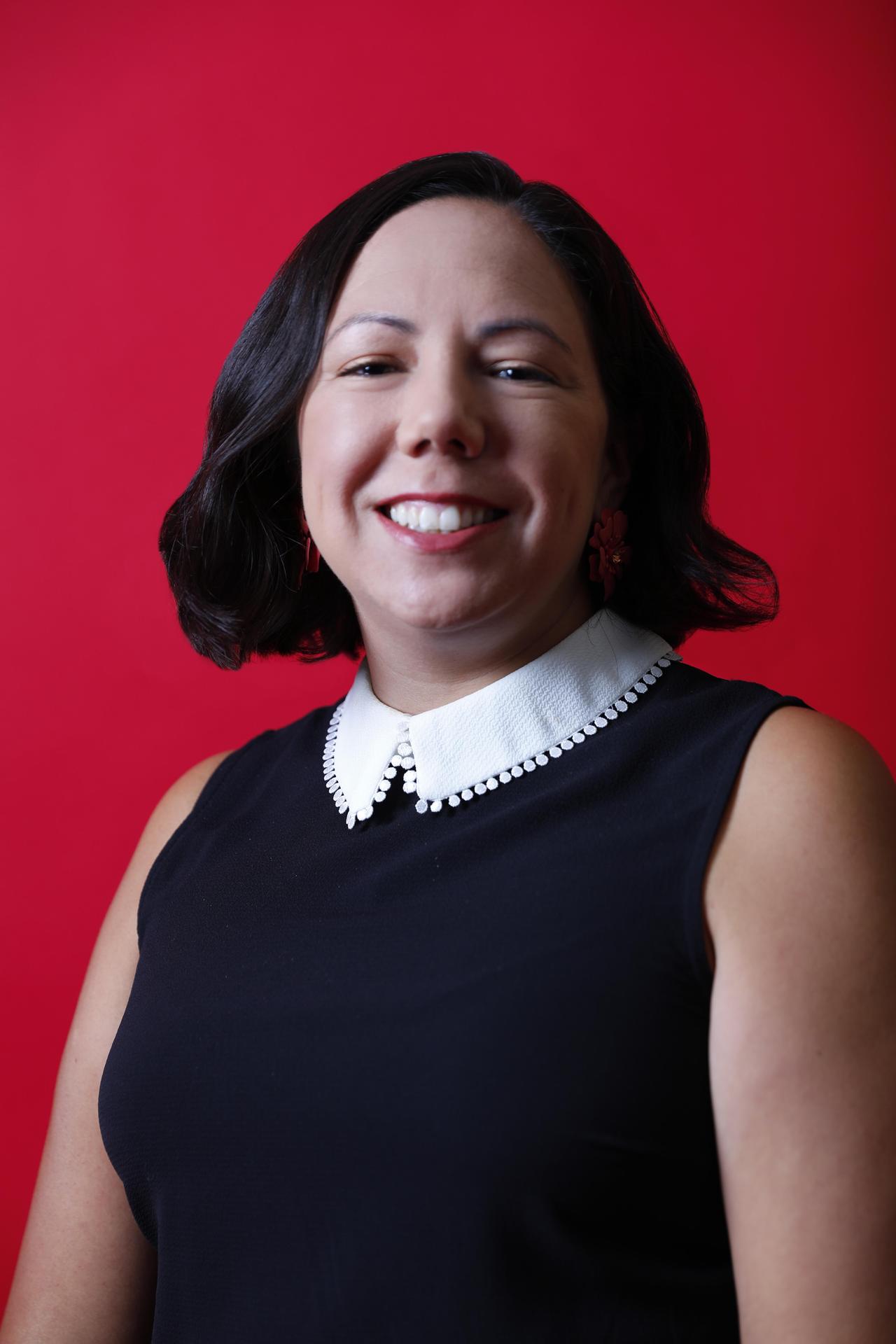 Linda Bernal is the Director of Scholar Life & Family and Community Engagement at Cesar Chavez PCS Middle and High School. Previously, she was the Director of Campus Operations. She is a proud Eagle, serving the Parkside community for 7 years. Prior to that, she worked with DYRS and Georgetown University as the Program Director of the After School Kids [ASK] program working youth on probation. She has been a dedicated youth mentor for 12 years in DC and is passionate about serving DC youth and families.
High School Principal
Dr. Kym Sturdivant
[email protected] 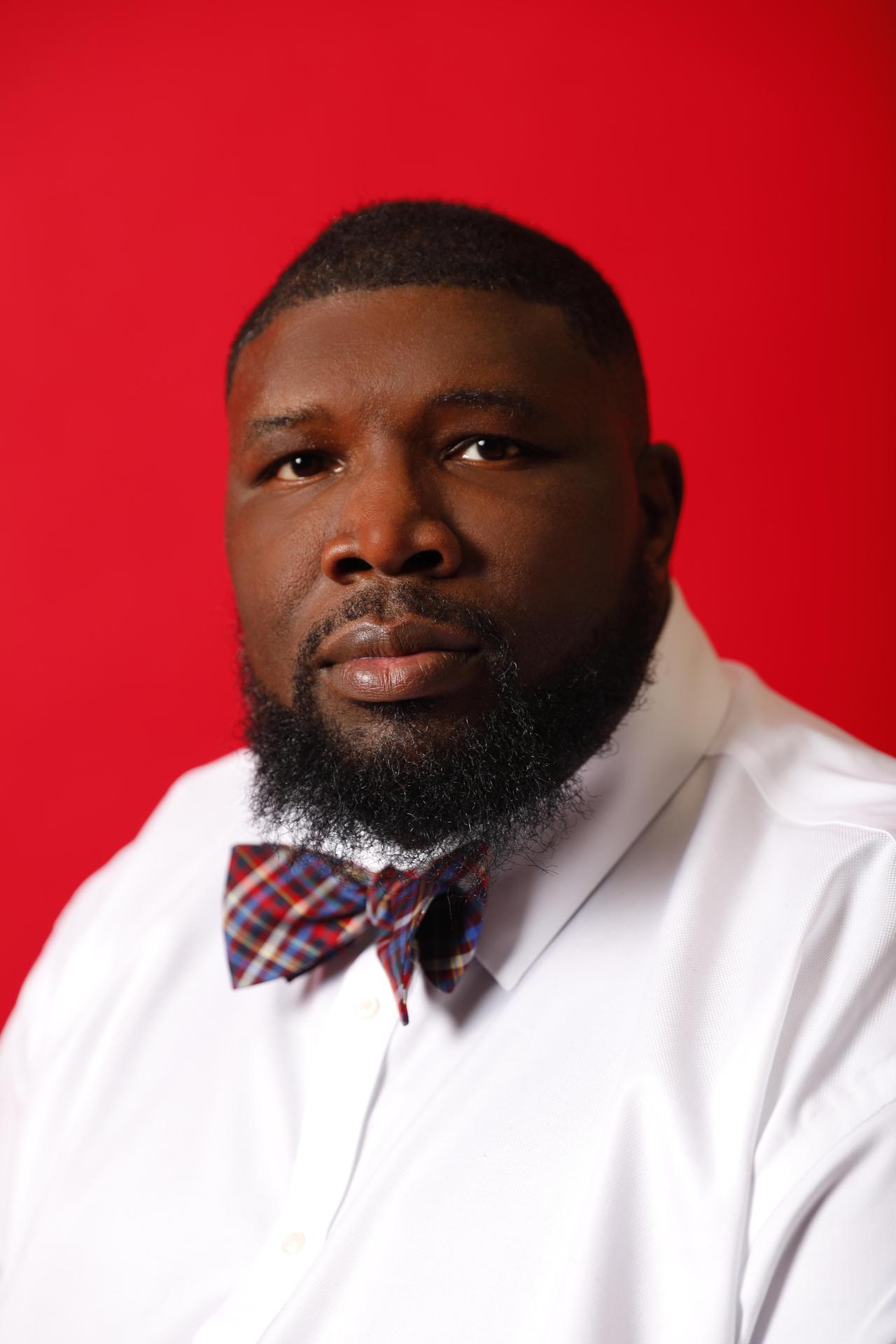 Dr. Kym Sturdivant is a native of Springfield, MA where he was raised and attended local public schools. He attended Westfield (MA) State University where he earned a BA in Economics and a BS in Finance. During his undergrad years, he played collegiate football for two years before deciding to add a second major and focus on his academics.

He was very active on campus and was a founding member of the National Finance Honor Society and President of the Business Club. During his junior year, he joined Kappa Alpha Psi, Fraternity Inc. through the University of Massachusetts at Amherst where he served as the Vice Polemarch (President) for two years and eventually became the chapter advisor after graduating.

In 2006, Dr. Sturdivant started his teaching career, while working on his Master of Business Administration in Financial Management degree. During his first year of teaching, he decided to continue his career pathway within education, after witnessing some of the inequities within the education system. After 3 years as an educator, Dr. Sturdivant earned his Secondary Principal certification in Massachusetts. Seeking to grow as a teacher and instructional leader in 2016, Dr. Sturdivant moved his family to Silver Spring, MD where he worked as a Mathematics teacher and content specialist. In the Spring of 2020, he successfully defended his dissertation on teacher-student connectedness and was recruited by Idea Public Schools for their Principal in Residence program. During his two years in Texas, he led a 6-12 school that became a top 25 school in the nation and earned an A rating in Texas. He has successfully coached several of his teachers into administrators and master teachers, during his time at Idea.

Outside of his busy family and professional life, Dr. Sturdivant is a Black belt in Brazilian Jiu-Jitsu and has been ranked internationally several times, and was a two-time world finalist. He is a Muslim and part of the Nation’s Mosque community in Washington, D.C. He has volunteered as a football coach and mentored students, spending a few years with Berry Farms Recreation Center. As he transitions to Chavez as the high principal for the 2022-2023 school year, he wants to continue to provide a supportive climate and culture that is favorable to teaching and learning. It is his belief that by doing this each student and each teacher can experience growth to their highest potential. Malcolm X stated, “Education is the passport to the future, for tomorrow belongs to those who prepare for it today.” As educators, it is our responsibility to help scholars use their “passports” to prepare for the future. 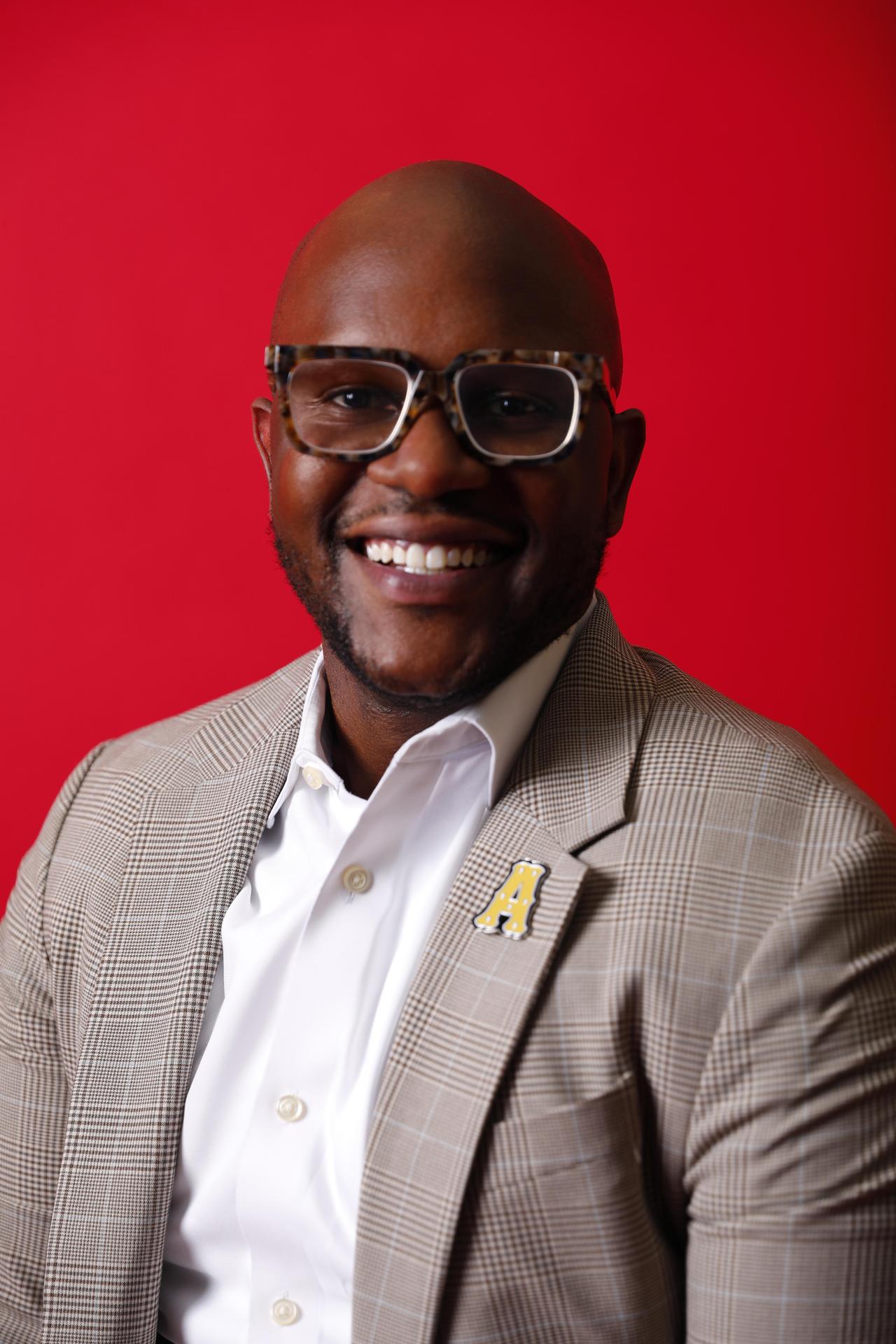 Mr. Tre Christopher is from the Washington, D.C. metro area and is a proud product of Prince George’s County Public Schools. Having spent most of his childhood between Ward 8 and Prince George’s County, he was very attune to the needs of his community and always had a love for the rich African American culture both provided. As such, he decided to attend North Carolina A&T State University in Greensboro, North Carolina, where he would go on to graduate Magna Cum Laude with a degree in Business Marketing. While at North Carolina A&T, Mr. Christopher was involved in SGA and also pledged Alpha Phi Alpha Fraternity, Inc.

At A&T, Mr. Christopher volunteered in local public schools and quickly recognized there was a large disparity in representation for black males in the classroom. With black males accounting for less than 2% of educators in classrooms across America, Mr. Christopher wanted to be a part of that change and joined Teach for America where he taught 2nd grade in Brooklyn, NY. Over the years he went on to teach English Language Arts and History in Prince George’s County, Washington D.C. and Brooklyn, NY. He has held various school leadership positions, including grade level lead, department lead, instructional leader, Dean of Students and most recently founded a school as an Assistant Principal of Academics in Brooklyn, NY.

On his journey through education Mr. Christopher has acquired a Master of Arts in Lower Elementary Education (M.A., Relay GSE), a Master of Science in School Leadership (M.S.Ed, Fordham University), and a certification in District Leadership (M.S.Ed., Fordham). Additionally, Mr. Christopher has led in a school that was awarded the Blue Ribbon School of Excellence, where he served as a school Leader.

Mr. Christopher’s devotion to closing the equity and opportunity gaps for black and brown children across America, has brought him back to Washington, D.C. to become founding principal at Cesar Chavez Parkside Middle School. This work is especially important to him because he is able to lead where he grew up and has an opportunity to provide scholars with the world class education they deserve. His vision is to be the transformative and inspirational leader that creates conditions for both adults and scholars to thrive and be the best version of themselves and to achieve at the highest levels possible. 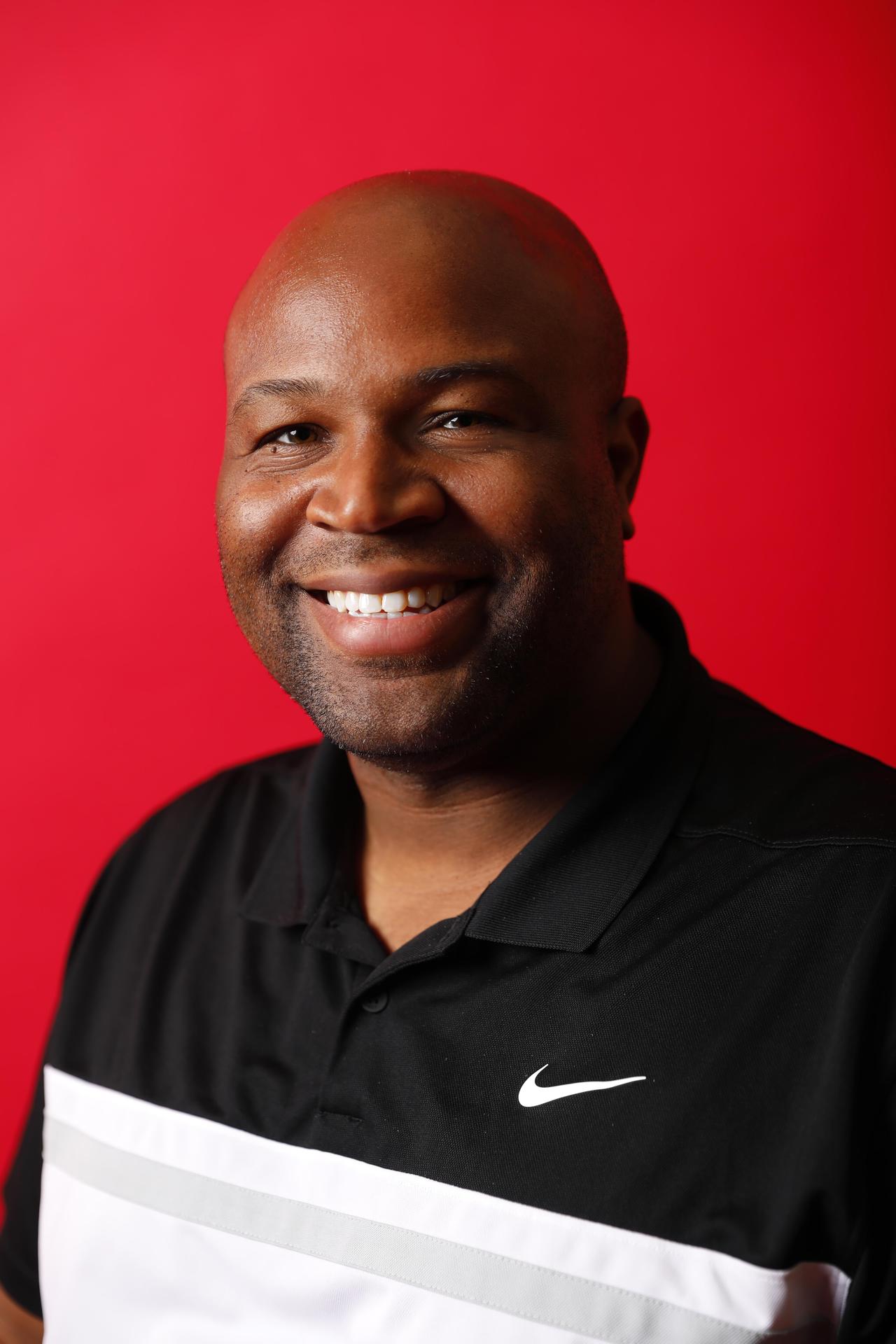 Mr. Joshua J. Jackson was hired as the Middle School Assistant Principal in the Summer of 2022. Mr. Jackson brings a wealth of knowledge and experience to Chavez. Before his current position, he served as a middle school and high school social studies teacher, an instructional coach for middle school social studies, and a staff developer for equity. In addition, Mr. Jackson has developed curriculum and provided district-wide professional development for teachers and administrators on various topics.

Mr. Jackson is a proud graduate of Bowie State University, earning a bachelor's degree in history. He has also obtained his master's degree from Northcentral University in Educational Leadership. Mr. Jackson is in the final year of his doctoral studies journey at Liberty University, where he is working on a degree in Curriculum and Instruction.